The printed word is never naked.

In fact, there is a complete fashion industry around it and we like to call it Typography. Just like our fashion industry, in typography, there are lots of trends, must haves, and of course, fashion statements.

The text you are reading right now, on WebDesignLedger, is dressed in a lovely Helvetica, about 12px large. Although this font looks amazing, there is a different font that I want to talk to you about.

You probably hate it, and some would agree that you are entitled to do so. Usually, the people who advocate for destroying this font, once and for all, are all the angry designers out there.

Now, every font is different in its own way. Some typefaces have serifs and some don’t. Some are intriguingly neutral, while others are just silly or plain ugly. But there is one typeface that is so silly and so ugly, yet so surprisingly popular, that it has arguably become the most hated font of all time.

The cringy font used to be the only thing people complained about more than they complained about Justin Bieber, but less frequently than they did about airlines.
Objectively speaking, Comic Sans isn’t really that well-designed, according to the fundamentals of type design. However, most people don’t know the full story behind it, so the font is a little bit misunderstood. You see, Comic Sans was designed with a specific purpose in mind; for a well-defined audience. And it certainly wasn’t supposed to be this popular. In a way, I can safely assume that most people don’t know that much about the font. So I took it upon myself to defend it and present to you three reasons why you shouldn’t hate it.

In 1994, Vincent Connare was working for Microsoft as a Typographic Engineer.
This happened right before the release of Windows 95 (still the best, if you ask me.) Microsoft Bob was one of the coolest features Windows 95 had. It was basically a user-friendly cartoon character for a word processor and some other programs. Bob spoke in speech bubbles. Rumor has it that Melinda Gates herself asked Connare to design a font for the cartoon dog, Microsoft Bob. So he did. Inspired by Marvel comics and by the “Dark Knight Returns”, he found Times New Roman inappropriate and unsuited. Thus, he made a font which better resembled its purpose and looked better in a speech bubble.

“When I designed Comic Sans, there was no expectation of including the font in applications other than those intended for children… Comic Sans was NOT designed as a typeface but as a solution to a problem with the often overlooked part of a computer program’s interface, the typeface used to communicate the message. There was no intention to include the font in other applications other than those designed for children when I designed Comic Sans. The inspiration came at the shock of seeing Times New Roman used in an inappropriate way.”

To be completely honest, I used to be one of those people that Vincent is talking about. I vividly remember writing an article bashing Comic Sans and I kind of regret it now.
Making fun of Comic Sans without knowing the backstory is a bit childish, just like using the font on a tombstone is childish and highly inappropriate.

(Plot twist) After I wrote this article I showed it to my friend Alex and he told me about the beautiful story behind this tombstone. The stone was composed by the dyslexic grandson (Paris Innes) of the woman lying in that grave. He also wrote a book about dyslexia and you can find it here.

You see, the popularity Comic Sans gained over the years is due to the increased number of people misusing it and mostly because of its accessible nature.

Connare has designed Comic Sans based on hand-drawn fonts from comic books. It never actually made it into the final version of Microsoft Bob, but was subsequently released as a font choice in so many Microsoft products, that it became what it is today. Millions of amateurs were granted access to this font, which seems simple and cute. It has now become popular on things like homemade birthday cards, but also in less appropriate situations that I will mention.

The so-called “Nickelback of fonts” has been used on things like the Canadian 25 cents coin, or on Fortune 500 companies, or even worse, police cars.

Just because something is overly popular, doesn’t necessarily mean that it’s bad. Oversaturation can lead to immense hatred. Overall, people tend to hate popular things because they feel like they are always surrounded by them. They slowly grow to hate it if they have no interest in it. It’s like that awesome song that you’ve listened to so many times, that you’ve  now begun to hate it.

You’re probably not consciously deciding to dislike Comic Sans. The term of “Uncanny Valley” is often mentioned in robotics. When a robot or an animation looks strikingly similar to a human being, but off by just enough that we can’t perceive it as being one of us, it is simply troubling. Typographically speaking, the concept applies to Comic Sans too.

Perhaps (and I’m not the one who theorized this) Comic Sans is hated by so many because of its uncanny resemblance to real handwriting. The font looks like something we could’ve actually created with the human hand. It’s just a little bit off, so it makes us cringe.

According to the British Dyslexia Association, “Some dyslexic people have expressed strong feelings about typefaces, but there is no agreement apart from saying it should be sans serif.”

The Association considers Comic Sans a particularly good font for children who have trouble reading letters because of its easily distinguishable characters, like the letter Aa.

I’m certain that my three reasons why you shouldn’t hate comic sans are not enough to make you slap that font on your website, but just in case you need a ‘comic sans’ looking font, I have three alternatives for you, coming right up.

There are two possible reasons why you want to use a typeface similar to Comic Sans.

1. Your design has to appeal to kids and you are looking for something fun and wacky.

If that’s the case, then DK Crayon Crumble or Action Man are the way to go.

2. You are aiming for better readability without compromising aesthetics.

A dyslexia friendly typeface. Due to their dyslexia friendly nature, Dyslexia and Lexia Readable are two great alternatives. With defined ascenders and descenders, different forms of capital I, lowercase l, and number “1”, and with amazing letter-spacing, the two typefaces are what you are looking for when designing for dyslexic people.

Comic Sans might not be the best font out there, and there are tons of alternatives, it’s just a matter of taste and preconceptions. Speaking of alternatives, before I wrote this article, I asked Connare what his favorite font is and if he’s still interested in typography.

Fav a good Courier that is how we use to write letters. Working on my handwriting and somethings. pic.twitter.com/Iyy0F4yo2b

Soon enough, we might have another handwritten-looking font or maybe a better Comic Sans. 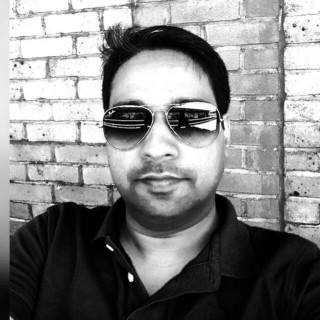 Hello. I am Aditya and I live in Mumbai. I am a freelance web designer with over 6 years of professional experience. I have expertise skills in HTML, XHTML, CSS and JavaScript programming. I have a massive passion for cooking - I really enjoy it! I think I am getting a lot better at it, hopefully anyway. I like to experiment with some products, I find it actually quite relaxing and enjoy seeing what I can make. I am also passionate about music - I really like checking out new and upcoming bands and artists. I like to review new music and post my feelings and thoughts about it. I am a big film geek too - my favourite genre is action.